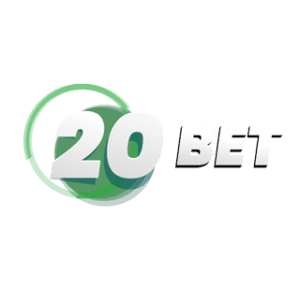 If you want to play table games live, you can do that at 20Bet Casino. The games are powered by some of the best software providers including Evolution Gaming, Pragmatic Play, Lucky Streak, Playtech, and Ezugi. Some of the most popular live dealer games from those providers include Speed Baccarat, Quantum Blackjack, Blackjack Live, Portomaso Oracle Roulette, Mega Sic Bo, Dream Catcher, Monopoly Live, Deal, or No Deal, Dream Catcher, and Lightning Dice.

Playing poker live is the ultimate experience that you can have once you join 20Bet Casino. There are different variations of the game and you can find the following ones here:

Once you learn the rules of playing poker online, you can easily switch to playing poker live. Even though the gameplay is the same there are still some differences. You will notice that it is not just you and your computer or handheld device, but this time you will play with a live dealer who you can talk with.

There are numerous reasons why people choose to play poker live. For instance, you may not be able to travel to a land-based casino, and this way you can experience the true charm of the game while staying at home.

The rules of the game are the same no matter whether you decide to play it online or with a live dealer. The game starts with players placing an initial bet and then the dealer deal cards to the players.

When you see your cards, and if you are happy with them, you can choose to increase the bet when it is your turn and other players have to follow you, or they will fold and discard their cards and abandon any chips that they have added to the game.

Players who continue playing are known as active players and when the last round of betting has ended it is followed by a showdown, where all players show their cards and whoever has the highest-ranking hand takes the prize.

The idea of the game is to have the best five-card hand or to persuade the players that you do by bluffing your way until the end of the game.

Before you decide to play poker for real money, we suggest you learn the hand rankings first. This is something you need to learn by heart for sure, you don’t want to end up refusing a good card for instance.

These are the rankings of hands from high to low:

This is a hand that consists of five consecutive cards of the same suit where A is a high card. So for this hand, you need the following cards, A-K-Q-J-10.

This is a hand that consists of five consecutive cards of the same suit.

Four of a Kind

This is a hand that consists of four cards of the same rank and one other card.

This is a hand that consists of three cards of the same rank and a pair of cards of another rank.

This is a hand that consists of five cards of the same suit but not in consecutive order.

This is a hand that consists of five cards of consecutive ranks not all of the same suit.

Three of a Kind

This is a hand that consists of three cards of the same rank and two cards of different ranks.

This is a hand that consists of two cards of one rank, and two other cards of a second rank.

This is a hand that consists of two cards of equal rank, and three unmatched cards.

This is a hand that consists of only one card that is of value, the highest card.

Before you decide to play Poker, you need to decide which version of the game you want to play, find a table that is within your budget limit.

The dealer in poker has a positional advantage, so for that reason, the dealer is chosen randomly, for every round.

Before each deal, players need to place bets and the simplest arrangement is to put an equal amount called ante bet. If no one has placed a bet before you, you have two options, you can check or you can bet. When you check, you don’t bet meaning you don’t place chips but you don’t fold either. When you bet, you place chips in the middle of the pot and you stay in the round.

Other options available for players are the following:

After all, the cards have been dealt and all the betting rounds are done, it is time for the showdown. If there is only one person left in the game, then there is no need for a showdown, but if there are more players left then the showdown is the part where cards are compared. And from here on it is very simple, the player with the highest-ranking cards is the winner.

There are many different Blackjack tables you can find at 20Bet Casino, and some of them include the following:

When you play Blackjack, you play against the dealer and you don't care about the other players on the table, in case you play at a land-based casino, or with a live dealer.

The idea of the game is to have a hand that totals 21, or as close as possible without going bust. You need to place your bet first, and then the dealer will deal two cards to you face-up, and two cards for them. The dealer's cards will be one face-up and one face-down. If you are lucky enough to receive an ace and a ten-valued card then this is called 'natural blackjack, and you are the winner of the round. The same goes for the dealer. And if both, you and the dealer have a natural blackjack the game ends in a push and all bets are returned.

If no one has a natural blackjack, then the game continues. The player is always the first to finish their hand. There are a couple of options available that will help you improve your hand. The most common action is to hit or to stand. When you stand, that means you are happy with your hand and you hope that the dealer will either go bust or will have a lower hand in value. When you hit, you will receive an additional card hoping that it will improve the value of your hand.

If you are very confident with your hand, you can double down. This means you will double your wager and receive one additional card for that.

When the two cards you receive are of the same value, you can split the hand and play it as two separate hands.

When the dealer’s up card is an ace, the chance of the dealer having blackjack is high. So, in this case, you can buy insurance, which is a side bet that the dealer has a blackjack. When you place this bet, the dealer will check their card and if they have a blackjack, you will receive a payout for your side bet but lose your initial bet.

Side Bets in Blackjack

To make things more interesting, some Blackjack variants have added side bets. These are some of the most popular ones:

This is a bet that the first two cards dealt with the player and the first card dealt with the dealer will make a three-card poker hand, a Flush, Straight, Three of a Kind, and Straight Flush.

This is a side bet that the first two cards dealt with either you or the dealer will be a pair of the same value. There can be mixed pairs. colored pairs and perfect pairs.

Roulette is another game you can play live at 20Bet Casino. There are many different variations of the game so you will not be short for choice and some of them include:

Before you decide to play for real money, it is a good idea to go over the rules of the game. The good thing is that you can play roulette for free at 20Bet casino to practice the rules and develop a strategy.

This is quite a simple game to play and you will learn the basics in no time. Roulette is played with a wheel containing 37 pockets in European and French roulette, and 38 pockets in American roulette. The numbers are from 1 through 36 and they are colored either red or black. The European and French roulette has a single zero colored green, and the American roulette has a single and double zero.

The object of the game is to predict the number the white ball will land. You have to place your bet on the table, and then the dealer will spin a ball on the roulette wheel and when the ball falls into one pocket, if you have predicted right you will receive a payout.

There are many different bets you can place and what you need to know here is that there are bets that will pay more and bets that will pay less. Also, the important thing to know is that some bets will happen more often and other bets will not. So, you have to decide whether you want to play more on the safe side or play a more challenging game, the choice is yours.

All the bets are divided into two groups, inside and outside bets. Inside bets are the ones that will offer better payout and they are as follows:

· A straight-up bet is a bet on one specific number with the highest payout.

Outside bets are bets that offer an almost 50-50 chance of winning. These bets are great if you are on a tight budget and you want to prolong your gameplay. You will not win a lot, but at the same time you will not lose a lot of money and you can play for a longer period. These are the outside bets you can place in roulette:

· Red or Black is a bet that the ball will land on either a red or black pocket.

· Odd or Even is a bet that the ball will land on either odd or even number.

· Split Column is a bet that covers one out of 12 specific numbers in a row.

· Split Dozen is a bet that covers one of 12 specific numbers in a block.

At 20Bet Casino there is an entire section dedicated to live bets. These are bets that you can place while the match is still in progress. There are many different reasons why people love live betting, excitement is probably the biggest reason of all. But, this will allow you to analyze the game while it is in progress and you can decide what bet to place, rather than betting before the game even starts.